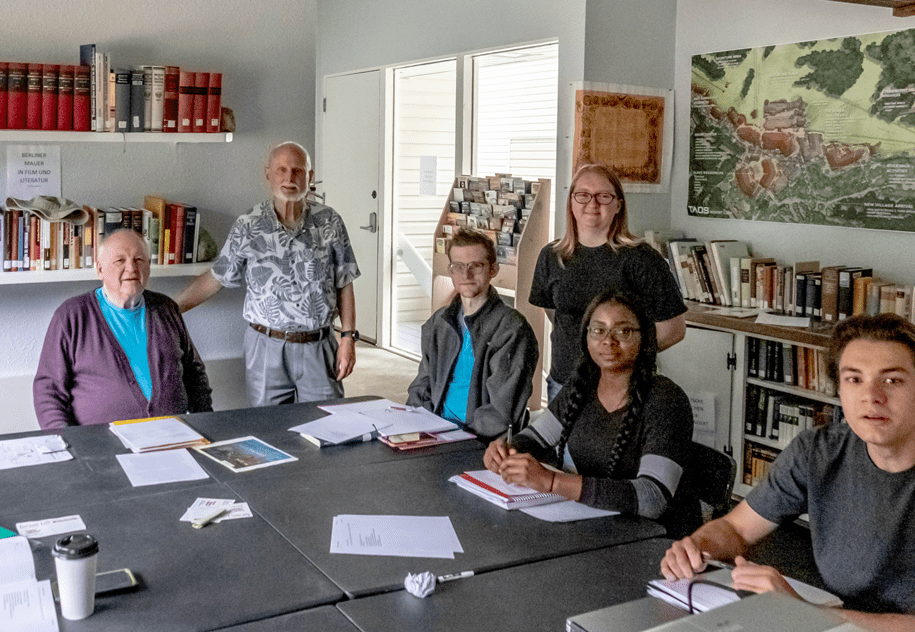 When Professor George F. Peters (1944 – 2014) and I established the German Summer School of New Mexico (GSSchNM) in Taos Ski Valley in 1975/76 as an extraordinary curricular program of the University of New Mexico in Albuquerque—we had a clear academic and pedagogical concept in mind. This concept has proven to be most successful and still exists principally unchanged almost half a century later.

Alterations to improve higher level learning in the United States and thus also at the University of New Mexico in Albuquerque had to take place after the alarming Sputnik-event by the Soviets in 1957. New faculty was hired from leading universities in the US and abroad; academic expectations were considerably raised (particularly in Colleges of Arts and Sciences like ours) and foreign language learning with a higher mastery level than the usual “reading-and-understanding” approach was encouraged. Students were challenged to converse, to speak and to write in a foreign language at a near native competency. Such a challenge required new teaching methods such as the well-known but seldom practiced total immersion method. There were several German Summer Schools (Middlebury College, Vermont; German Summer School on the Pacific; etc.) already in existence when ours opened yet we created a German Studies concept.