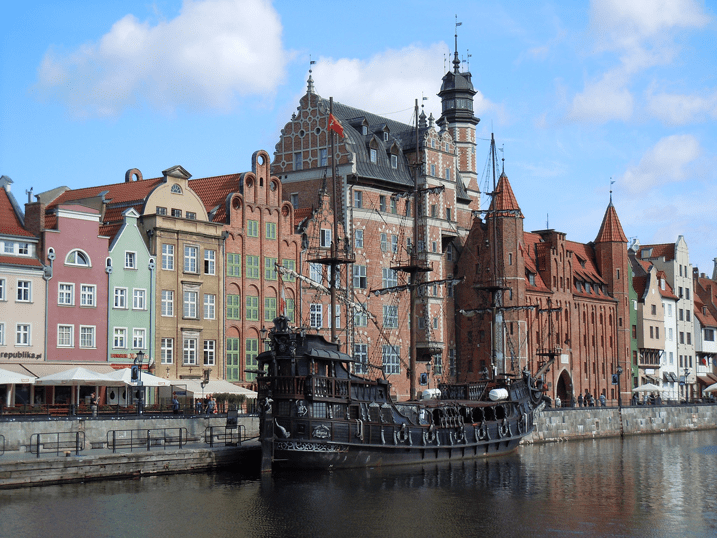 At the risk of sounding like a revanchist, I admit that I think of Gdańsk as both a Polish and Germanic city. In the 1860s, when my ancestors emigrated to America from a small town between Gdańsk and Szczecin (near the present-day border between Poland and Germany), Gdańsk was called Danzig and belonged to the Kingdom of Prussia. The city’s different names, in different eras—Polish Gdańsk or German Danzig—reflect its complicated history.

Settled more than a thousand years ago, this port on the Baltic Sea has been part of a Polish duchy; colonized by the medieval Teutonic Knights; a free city of its own; a member of the Hanseatic League; annexed by the Kingdom of Prussia; a part of the German Empire after German unification in 1871; a semi-state, the Free City of Danzig, between World Wars I and II, nominally under the auspices of the League of Nations; annexed by Germany in 1939 at the beginning of World War II; captured by the Soviets in 1945 and “ethnically cleansed” of its German inhabitants in the aftermath; integrated into Poland after the war; a major city in postwar Communist Poland; and today the fourth largest metropolis in post-communist Poland, with a population of nearly 500,000. Together with the nearby port city of Gdynia and the seaside resort of Sopot, the tri-cities area includes almost a million and a half people.