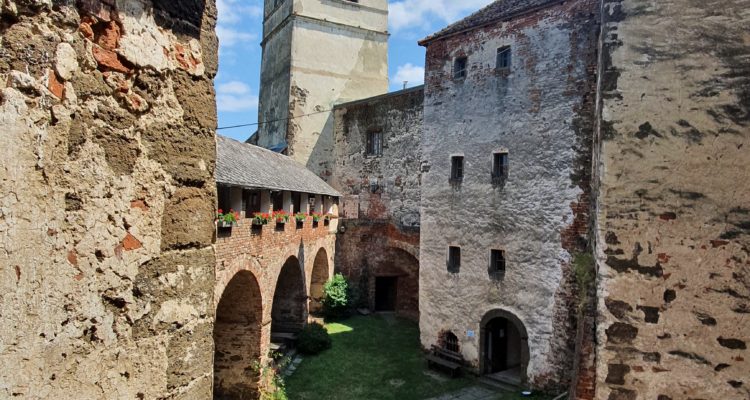 Sun-kissed nature, dreams of America, and sparkling picnics are yours to enjoy in Austria’s easternmost, youngest, and least populous state of Burgenland.

At a picnic table in the shade of an almond tree on the gentle slopes of the Ruster Hügelland, a history lesson is underway. As each historical tidbit is delivered, the participants lazily sip their welcome glasses of sparkling rose wine to help digest the information and dreamily take in their surroundings. Beyond the sun-kissed vineyards that stretch down from this idyllic hillside viewpoint above the charming town of Rust am See, wetlands, meadows and salt marshes provide a prelude to the vast, shallow waters of Lake Neusiedl, which dominates the landscape in the distance. The slow pace of life here in Austria’s easternmost, youngest, and least populous state of Burgenland—celebrating its 100th year as part of the republic this year—makes it feel like a world apart from Vienna, even though we’re just an hour’s drive from the Austrian capital. Even the history lessons here are relaxing.

Today, Austria’s flattest state forms the country’s eastern border with neighbouring Hungary. However, this was formerly the most western region of the Hungarian Kingdom—a predominantly German-speaking province called Deutsch-Westungarn (German West Hungary)—until 1921, when the Allied Powers decided to cede it to Austria following the treaties of Saint-Germain and Trianon at the end of World War I. “It had always been part of Hungary,” explains local historian Johann Eggermann. “In fact, the only time that part of today’s Burgenland had ever belonged to Austria before then was during the time of Friedrich the Pugnacious in the 13th century!” A contented sigh rings out across the table as a refreshing glass of Muskat Ottonel hits the spot. A Neuburger with subtle fruity and nutty tones soon follows.