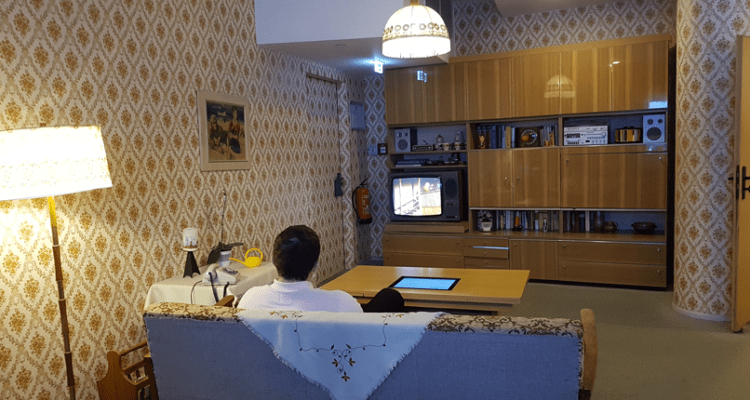 Who feels nostalgia for life in former East Germany?

“What did you eat?” I asked my eight-year-old son many years ago as he reported home after several hours at Maxi Weber’s house next door. “Tote Oma!” was the cheerful reply.

Hhhmmm. I knew that the nice Webers were originally from Saxony, formerly part of the German Democratic Republic* (GDR), or East Germany—and maybe just a bit exotic in our Bavarian village. But I didn’t for a second believe that they really gave my child “dead grandmother” for lunch.
Of course people who grew up in the GDR would have reason to be a bit different. I’d heard that they can have a black sense of humor. (Tote Oma is a classic GDR dish, an alarming-looking but tasty mix of fried blood sausage, onions, and herbs, served with sauerkraut and potatoes. It’s also merrily referred to as Verkehrsunfall (traffic accident).) They came of age behind the Iron Curtain, in a dictatorship.

That fact, and the fact that the GDR had been bankrupt long before the Berlin Wall fell in November 1989, makes it hard to understand the phenomenon Ostalgie, or nostalgia for life in former East Germany. It seems that Ostalgie has been felt in some form by thousands if not millions of Germans to this day, three decades after German reunification.