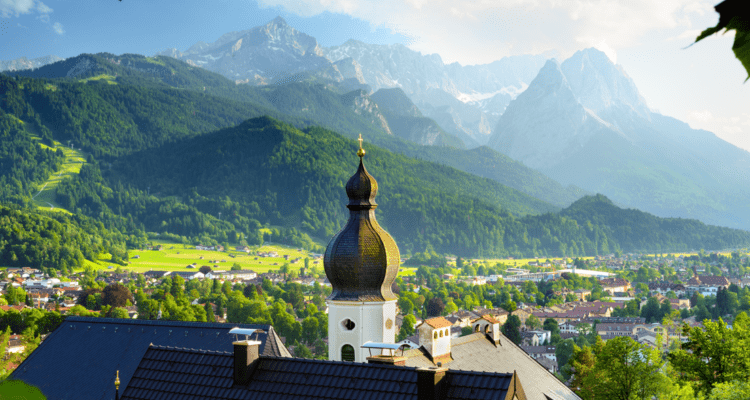 Aspen, Colorado and Garmisch-Partenkirchen, Germany have many traits in common: both are picturesque towns built against the backdrop of some of the world’s most beautiful mountains; both attract hikers, explorers, and winter sports enthusiasts who seek an escape from city life; and both are associated with Gretl Uhl. Although Aspen has multiple sister cities across the world, its connection with Garmisch-Partenkirchen dates back to September 23, 1966 when it became the first of its sister cities.
Garmisch-Partenkirchen is in Bavaria, near the Austrian border and close to the Zugspitze, Germany’s tallest mountain at 9, 718 feet. Thanks to its proximity to the Alps, it is one of Germany’s major resort towns. Garmisch’s pedestrian zone is lined with expensive and trendy shops while Partenkirchen has more of a traditional Alpine character. The area also has a turbulent past.