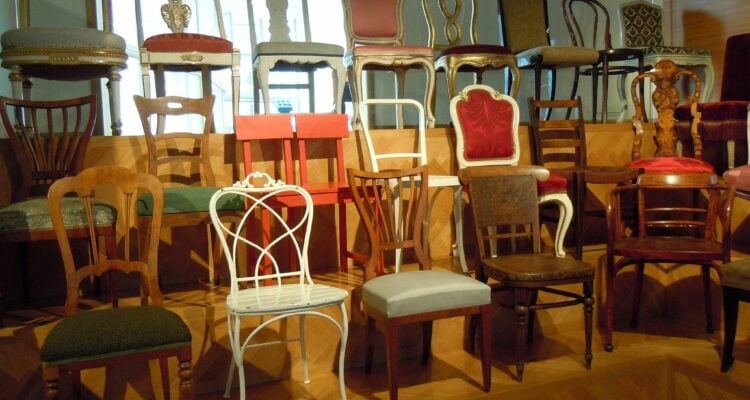 Is your house or apartment so full of “stuff” that you feel overwhelmed by it? Is your attic packed to the rafters with old toys, outdated clothes, and exercise machines you never use? Your two-car garage stacked floor-to-ceiling with boxes of photos that you’ve been planning to sort out for the past 20 years? Do you have a rented storage unit stuffed with mementos from kindergarten through college, along with all the ugly furniture you inherited from your parents?

Then just imagine how much “stuff” a fabulously wealthy Habsburg dynasty in Europe could accumulate over the centuries. “Decluttering” and “downsizing” weren’t words in the Habsburgs’ vocabulary. Each generation of the ruling family kept adding more and more to the imperial hoard—furniture, decorative items, kitchen equipment, tableware—as one style went out of fashion, and another replaced it. All those discarded items needed to be stored somewhere as having a royal yard sale was out of the question.

It’s enough to make Marie Kondo (a Japanese organizing consultant known for her KonMari method and organizational books) run screaming from the palace.

But there was a good reason for holding on to all that stuff. You might be surprised to learn that up until the early 19th century, most of the lavish castles, palaces, hunting lodges, and other residences of the Austrian imperial court were furnished only when members of the court were living there. Since the early Middle Ages, it was customary for many European court ensembles—emperor and empress, or king and queen, their extended family, government officials, servants, and hangers-on—to move from one official residence to another, often several times a year. They traveled from summer to winter palaces, and to many other abodes in the empire or kingdom, to conduct court business, attend coronations, arrange royal marriages, or just move to a better place for the season. All the necessary furniture and other household goods had to be sent ahead of them to the empty residence and set up in advance of their arrival.