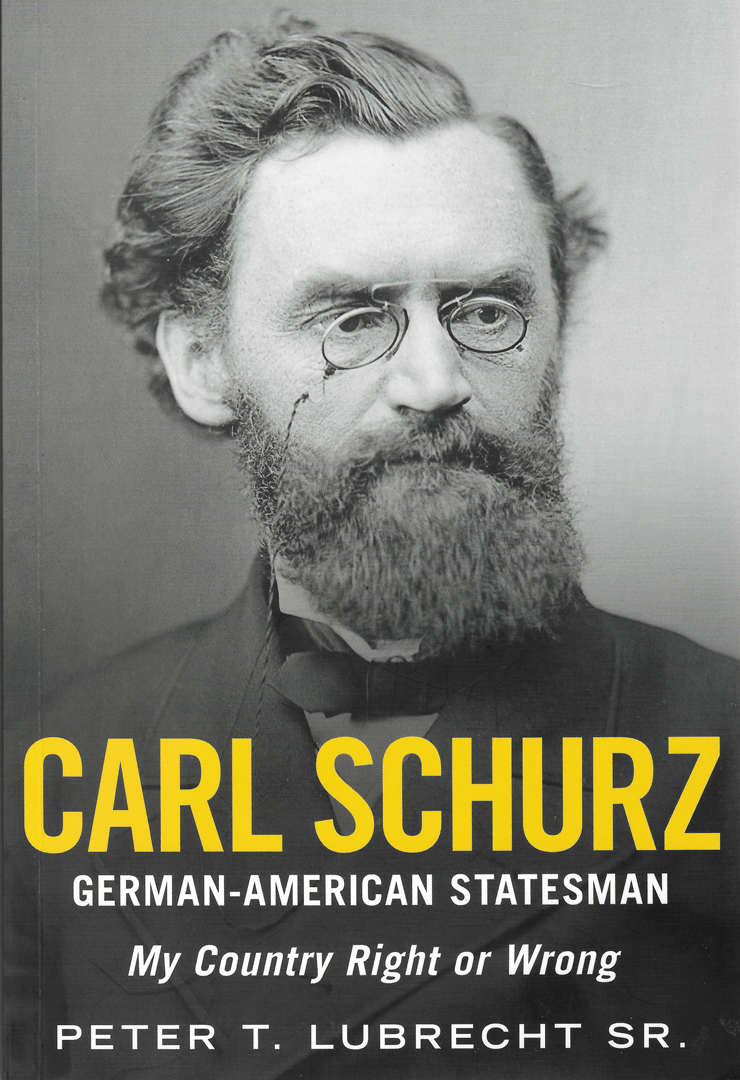 Buchnotizen/Book Notes provides brief comments on recent books relating to German and German-American topics. Information as to price and ordering can be found at various Internet book sites, or at the nearest bookstore.
By Don Heinrich Tolzmann

Carl Schurz, German-American Statesman: My Country Right or Wrong, by Peter T. Lubrecht Sr. (American Through Time, 2019) provides a fresh look at the Forty-Eighter who became one of the best-known German-Americans in American history. Since Hans Trefousse’s 1982 biography of Schurz (1829-1906), no major assessment has appeared until now. Lubrecht writes: “New information, including writings about and by Schurz, including some of his more intimate letters, have been found in the last few years; these will hopefully reveal a better picture of the motivations and ideals that drove him.” The author places Schurz in historical context, but aims primarily to provide a close-up picture of Schurz: “The task, therefore, was to assemble clues to his character and make-up…Where are the man and his nature behind the professional mask of his writings. Who was he?”

Answering this question has resulted in a biography of Schurz that makes a solid contribution to our understanding of his life and work as a Forty-Eighter, Civil War general, U.S. Senator, Secretary of the Interior, and newspaper editor and writer. The sub-title of his work comes from Schurz’s often quoted motto: “My country right or wrong, if right to be kept right; and if wrong to be set right” which was the hallmark of his political philosophy.