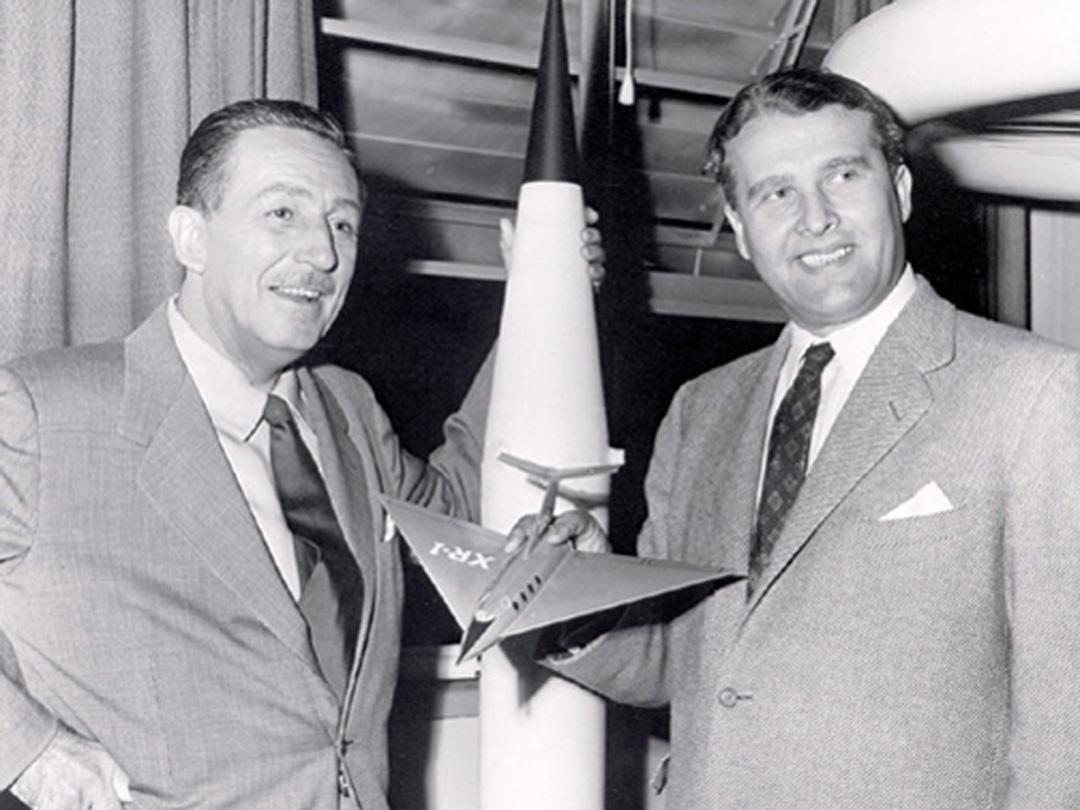 One man’s knowledge and desire helped the United States open a doorway to space.

The rise of Nazi Germany and its subsequent defeat caused two different German brain drains, the first one in the early 1930s and the second soon after the war. Many emigres in both cases came to the United States. The first wave comprised mainly Jewish Germans fleeing Nazi persecution: Germany lost Albert Einstein, arguably the greatest theoretical physicist of modern time. The second brainpower exodus—Operation Paperclip—brought to the US German technical specialists who had worked for the Reich military but were deemed valuable for US defense. Of those, Wernher von Braun stands out, having led development of the Nazi V-2 ballistic rocket.

The Reich also hosted the 1938 discovery—by Berlin radiochemist Otto Hahn and colleagues—of nuclear fission. Nazi censors, luckily ignorant of the implications, let Hahn publish the results (1939). After a US immigrant from the first exodus, physicist Leo Szilard, read that paper, he wrote to President Franklin Delano Roosevelt (2 August 1939, signed by Einstein), warning that Nazi Germany might now develop the first nuclear explosive. This eventually led to the Manhattan Project and the 1945 US atom bombs—since then produced by eight other nations. Nazi atom bomb research never progressed far—let alone to a nuclear warhead on a V-2—but the US could not be certain of that.

Wernher Magnus Maximilian Freiherr von Braun was born in Wirsitz, German Empire (today Wyrzysk, Poland) on 23 March, 1912. (Freiherr was a Prussian title meaning “baron.”) Young Wernher was an adventurous “wunderkind.” His first rocket experiment (age 12) was with his brother—igniting six toy rockets tied to his coaster wagon, careening him out of control down a busy Berlin street. As his mom later told the boy, “The world needs living scientists, not dead ones.” Wernher got the space bug upon reading rocket pioneer Herrmann Oberth’s 1923 space travel book Die Rakete zu den Planetenräumen (The Rocket into Planetary Space) and became his fan, then his student. Decades later, Oberth (1894-1989) would join von Braun’s US Paperclip team. Teenage Wernher volunteered for the amateur Verein fuer Raumschiffahrt (Space Travel Society) which built and tested rockets, but lacked funding. Members were encouraged by the 1920s experiments of American rocket pioneer Robert Goddard (1882-1945).