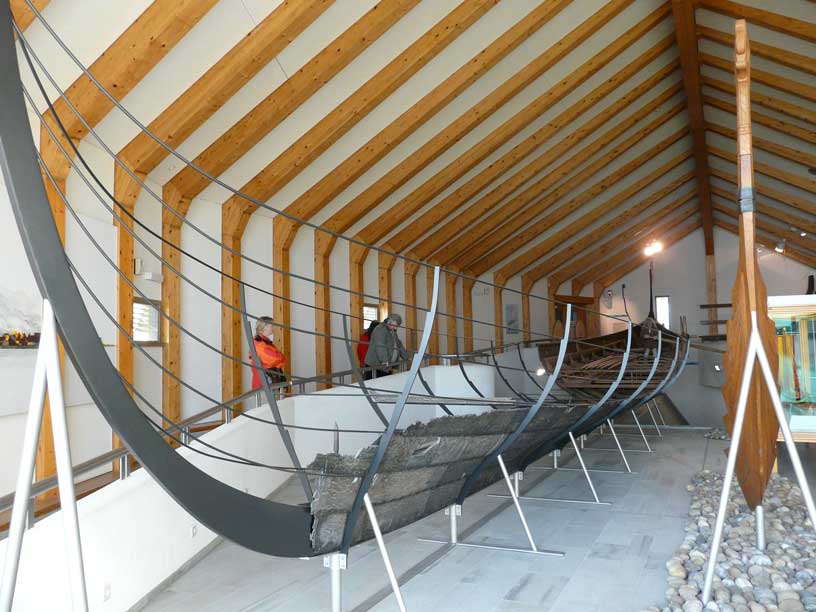 In the Footsteps of the Vikings

The Vikings—they emerged in the North as a terrifying new threat to impact upon the peace and prosperity of 8th century Europe. But what was the motive behind their raids: a lust for violence, poverty or even wealth?

Long and tiring was the road from my hometown of Cologne to Haithabu (Hedeby)—a former Viking town and now a place situated in the northernmost state of Schleswig-Holstein, some 35 km to the south of Flensburg in present-day Germany. But it was worth the endeavor. Far back in the early Middle Ages, Haithabu was one of the earliest, best-developed and largest Scandinavian settlements founded by Vikings with some 1500 inhabitants. Due to its favorable geographical location between two seas—the North Sea in the west and the Baltic Sea in the east—this highly renowned Viking town played, above all, a paramount role as an international trading hub, where merchants from the entire world met to exchange their goods. For almost 300 years, Hedeby had also served as a large trading port for merchant cargo ships and vessels loaded with precious stones, furs and iron, which came and went every day. What the life of the town was like during the Viking-age is now on display at the Viking Museum (the Archaeological Museum since 2010), which was built next to the site of ancient Hedeby. Although there are a great number of museums worldwide giving us plentiful and multifaceted information about the “Norsemen” who, at the end of the 8th century started a series of terrifying attacks on western Europe, the Viking Museum in Haithabu opened up a new perspective to me on Viking life. Apart from an outstanding exhibition presented in several themed rooms and displaying various aspects of Viking life, including manufacturing, seamanship and religious beliefs, I found it particularly tempting to visit the outdoor museum. After just 20 minutes’ walk through woodland and fields, you will approach a settlement consisting of seven Viking houses with thatched roofs that have been reconstructed in immediate proximity to the river between 2005 and 2008.