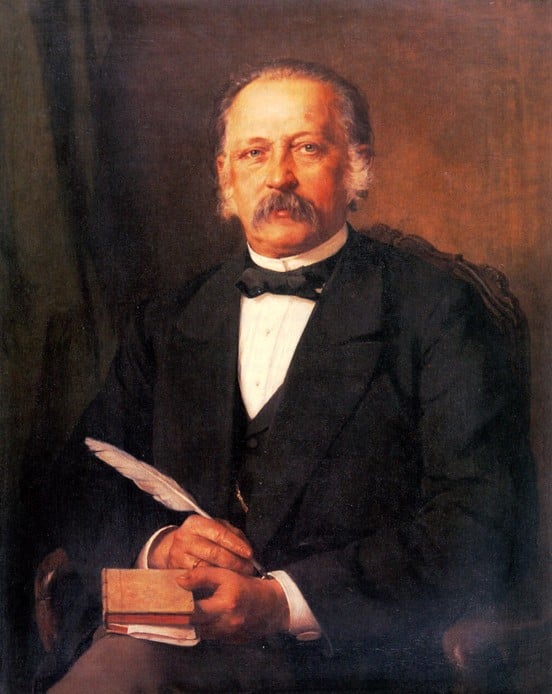 In 2019, Germany honors its 19th century master of realism.

We German-Americans today can so easily forget how different the Germany of our grandparents, great-grandparents, and great-great grandparents was from the Germany we experience now. Borders, government and lifestyles were different. That’s what history books and museums teach us. Language, values and mentalities were different, too. That’s what literature can help us understand, especially the works of Theodor Fontane, Germany’s foremost realist writer of the 19th century. Fontane was born in Neuruppin, Brandenburg two hundred years ago, in 1819, and died in Berlin in 1898.

In Germany today, every young man and woman gets an education and has the right to vote. The last war on German soil was eighty years ago. Few people are in the military. Few people care whether you are Catholic or Protestant. No one thinks it’s classy to lace their German with phrases in French. Young people marry a partner of their own choice, or choose to say single. Very few parents arrange a good match for their daughter or size up her new boyfriend, then conclude with relief: “He comes from a good family.” How different things were in Fontane’s day.

Shortly before Fontane’s birth, “Germany” was part of the Holy Roman Empire, then dominated by the First French Empire. During his lifetime Fontane witnessed the thwarted revolution of 1848, the effects of the Industrial Revolution and one war after the other. Maps were drawn and redrawn. The First Schleswig War (1848-1851), the Second Schleswig War (1864), the Austro-Prussian War (1866) and the Franco-Prussian War (1870-71) re-ordered territories and shifted alliances. Fontane lived to see the unification of German states, the German Empire and a new era of German nationalism.