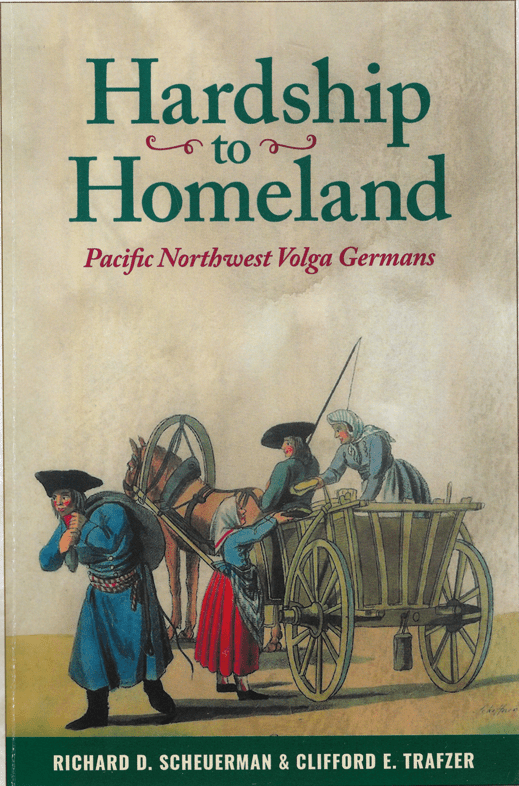 Buchnotizen/Book Notes provides brief comments on recent books relating to German and German-American topics. Information as to price and ordering can be found at various Internet book sites, or at the nearest bookstore.
By Don Heinrich Tolzmann

Hardship to Homeland: Pacific Northwest Volga Germans, by Richard D. Scheuerman and Clifford E. Trafzer (Washington State University Press, 2018) is about a strong and sturdy group of Germans whose origins can be traced to southwest Germany. They immigrated to Russia in the 18th century and then to the U.S. in the late 19th and early 20th centuries. It is a revised and expanded edition of The Volga Germans: Pioneers of the Northwest that appeared in 1980, and has been long out of print.

Southwest Germany was hard hit by the Thirty Years War in the 17th century (1618-48), and then by the Seven Years War in the 18th century (1756-63), making immigration from this region more than understandable. The two Hessian states (Hesse-Cassel and Hesse-Darmstadt) contributed in a major way to the immigration: “The Hessian states were bankrupt and resorted to a program of heavy taxation…” An 18th century work on the immigration to Russia commented on the dilemma facing a German farmer: “What is he to do? The most justifiable course consistent with his duty is to leave the land which is unworthy of good citizens and seek another where such citizens are valued and sought after…he prefers to risk his fortunes rather than remain in a country where his ruin is inevitable.”