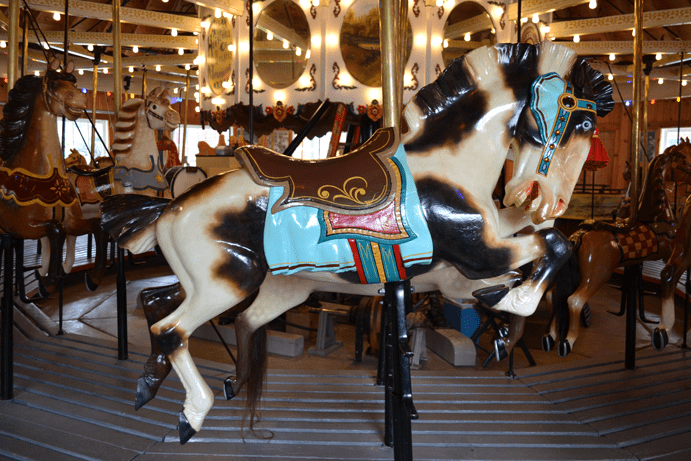 The Herschell Carrousel Factory, 11 miles from Niagara Falls in North Tonawanda, New York, specialized in producing over 3,000 hand-carved wooden carousels—out producing all its rivals in the carousel industry. The factory, which started as the Tonawanda Engine and Machine Company in 1872, made steam engines and anything metal for various trades or businesses and was also a major employer of German craftsmen.

GERMAN WORK FORCE
Around 1800 a series of decrees were issued that forced many residents in Germany to become artisans and craftsmen instead of farmers. The Lutheran and Reformed church merger, and worship restrictions as well as a lack of other freedoms forced many to leave for the United States. Once these German settlers landed in New York City, many came by steamer or barge to Albany, New York and then to Buffalo and eventually to the North Tonawanda area to find work. The Allen Herschell Carrousel factory needed good, dedicated workers to handle their wood-cutting machines, to fashion metal parts for the carousel machinery and other amusement park rides, and to carve intricate patterns out of basswood or “tulip” poplar.