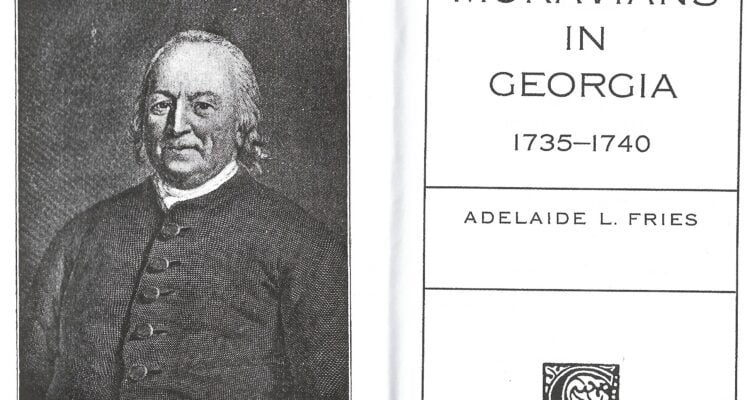 The Moravians in Georgia, 1735-1740, by Adelaide L. Fries originally appeared in 1905. It has often been reprinted, most recently by the Clearfield Company, so that it has become a veritable “classic”. It covers the unsuccessful attempt at establishing a Moravian mission in Savannah, Georgia. The reasons for its eventual failure are described, but more interesting is the story of how this project was orchestrated and how the immigration proceeded.

In 1732, King George III approved a charter for a group of “twenty-one nobles and gentlemen” for the establishment of “the colony of Georgia”. They were granted lands and permission to welcome British subjects and others willing to become such, with the only stipulation that “Papists” be excluded. In 1733, the House of Commons approved funds “to be applied towards defraying the charges of carrying over and settling foreign and other Protestants in said colony”.