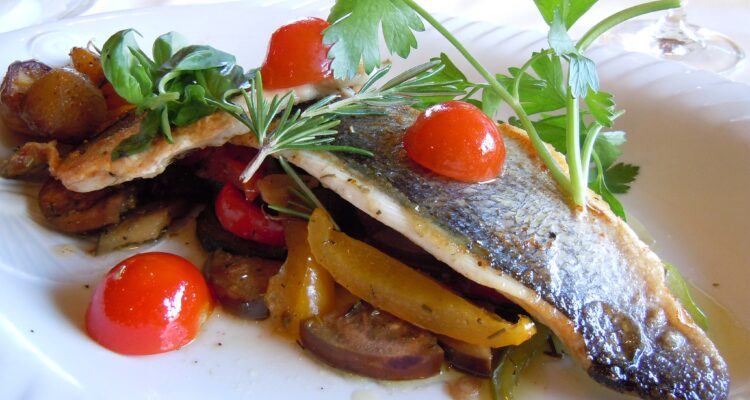 Often when I meet people for the first time and they discover that I write food articles for German Life, their initial reaction is a sigh, followed by “Oh, German food. It’s so heavy, so stodgy. All that meat and potatoes, sausages and beer.”

“Whoa!” I want to say. “Sure, Germans love their Sauerbraten and starches, but German food is so much more than that. Have you ever been to Germany yourself? Did you know that Germans eat a lot of fish, too? That they produce top-quality wines in addition to some of the world’s best beer? And that Germany is such a land of fine dining that it’s second only to France in the number of Michelin-starred restaurants in Europe?”

Sometimes I feel like a fish swimming upstream when I try to convince people outside of Germany—especially North Americans—that the German table features more than dumplings and dessert. But I can also understand the reason for Americans’ attitude toward German cuisine. For many Americans who haven’t been to Germany, their only experience of German foods comes from the old-fashioned recipes handed down from their immigrant German ancestors, or from eating in German restaurants in America where the menus offer the traditional comfort-food-clichés that their customers expect, with the emphasis on Bavarian and Austrian country-style dishes.